Road to Happiness – that was the title of the concert performed as a grand finale of Prolog 30th JCF in the Tempel synagogue in Krakow. Music composed by David Bajgelman, arranged by Jarosław Bester was performed by Bester Quartet, Grażyna Auguścik, Dorota Miśkiewicz and Jorgos Skolias. This concert was dedicated to the blessed memory  of Jan Kulczyk, Polish entrepreneur and philanthropist, and organized in partnership with the Kulczyk Foundation.

Due to pandemic restrictions, this concert was held in an ampty Tempel synagogue, without the audience. But thanks to our long lasting cooperation with Polish Television, it was recorded and will be broadcast on TVP Kultura (Polish TV channel dedicated entirely to culture) on April 17th, 2021 at 9:50 pm (Polish time). The concert will also be available at the same time in internet for international audiences on television’s streaming platform TVP stream

This concert was a grand finale of Prolog 30th JCF – the longest Jewish Culture Festival ever. At the same time, it was already a fifth festival concert dedicated to the memory of Jan Kulczyk. Since 2016, in cooperation with the Kulczyk Foundation, we have organized concerts promoting mutual respect and tolerance. 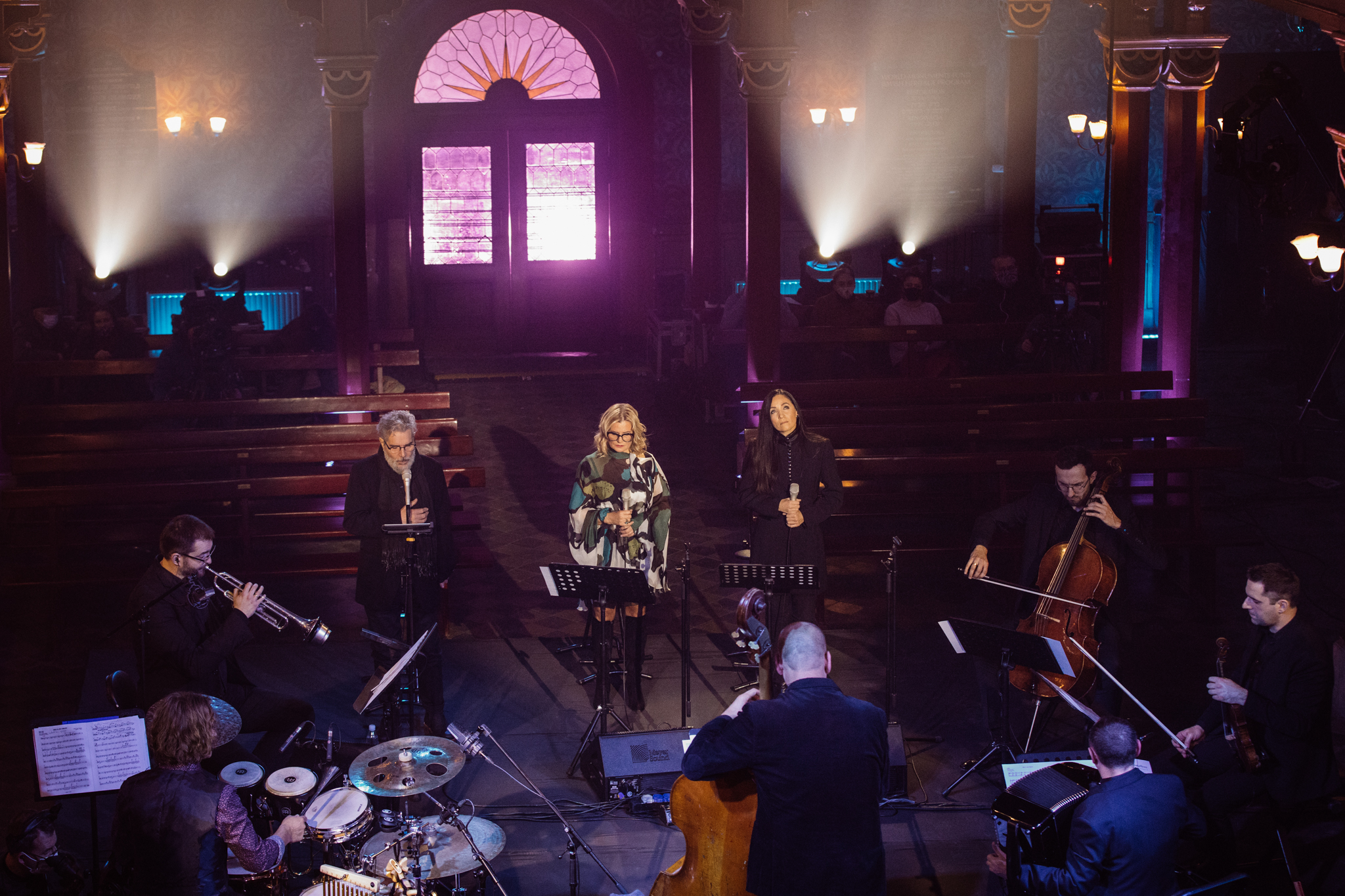 The concert will be broadcast just few days after 133th anniversary of Bajgelman’s birthday. His immortal songs were arranged  by Jarosław Bester,  a founder of Bester Quartet that was the only Polish band recording for John Zorn’s Tzadik label. J. Bester invited to the cooperation best Polish jazz singers: Grażyna Auguścik, Dorota Miśkiewicz and Jorgos Skolias. They were accompanied by Ryszard Pałka – percussion, Dawid Lubowicz – violin and Maciej Adamczyk – double bass, as well as guest musicians: cellist Krzysztof Lenczowski and trumpeter Michał Bylica.

This concert was a world premiere of a CD Bajgelman. Get to Tango by Bester Quartet (published by Anaklasis, 2020). Recording of the CD was supported by the Berelson and Bajgelman families and is available for purchase on the publisher’s website.

The originator of the project was Miron Zaifert with support of  Director Joanna Podolska from the Center dialogue of Mark Edelman in Lodz.

You can watch this beautiful concert on TVP Kultura on April 17th, 2021 at 9:50 (Polish time), as well as on the Polish TV’s streaming platform  at the same time. Few days after premiere, the concert will be available on TVP’s VOD service.