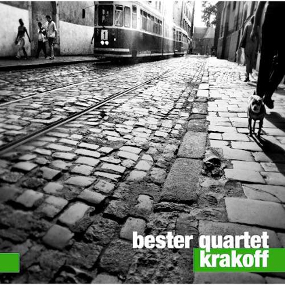 Formerly known as The Cracow Klezmer Band, called The Bester Quartet nowadays.
The ensemble is unchanged butfor its name. Its members have altered neither the way in which they approach the Jewish musical tradition nor how they create music.

In January 2013 the quartet gave a concert at the Warsaw Philharmonic Hall where they played the material included on “Metamorphoses”, one piece from an album in progress that will contain music written by Mordechai Gebirtig (to be released in the summer of 2013), and two compositions from “Bereshit” album published in 2003.

This publication contains a DVD recording (first one in the band’s career) of the concert and a CD with the soundtrack. The ensemble you are about to see has emerged from little cafés of Kazimierz, a Jewish district of Cracow; fifteen years later it is casting a spell on the audience at Poland’s noblest concert hall.