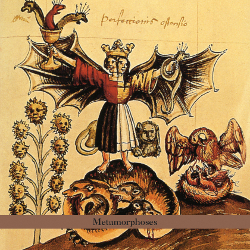 The Bester Quartet is the new incarnation of Jarosław Bester’s Cracow Klezmer Band, a quartet of violin, bayan (Russian accordion), percussion, and double bass, who perform a wholly unique kind of improvised Jewish folk music. Under the latter name they have released six albums on John Zorn’s Tzadik label: three records of original material, two of interpretations of Zorn’s material, and one live album. These albums are among my favorites of the new millennium. The Bester Quartet is essentially the same group, but with a new double-bassist: Mikolaj Pospieszalski. This new album, again on Zorn’s label as part of the “Radical Jewish Culture” series, offers more of the group’s exciting explorations of Jewish music via highly energetic, but also mournful, folk-like song forms.

Isn’t all Jewish music, even in the form of the popular, rather buoyant klezmer, mournful? Well, yes. But what distinguishes the sound of this band is that it does not play in the traditional klezmer mode, which is to say, it shies away from the common upbeat dance forms that characterize klezmer, and also mostly avoids major-key compositions. It is as if this quartet’s repertoire consisted solely of variations on the doina—the slow lamentation that precedes the more upbeat dance itself. The doina is also that part of the klezmer performance that is most improvisatory. The Bester Quartet plays in a mode that fully mines the possibilities offered by the doina as well as other Eastern European and Jewish folk forms. In doing so they produce a profoundly melancholic, meditative music structured around gorgeous melodies and delivered with inspired playing.

But the quartet does not just play slow, sad music. This record, like those released under the name Cracow Klezmer Band, also includes songs that are full of rhythmic intensity. Ecstatic is the best word to describe what happens when the band takes a musical motif and winds it up with forceful energy until it reaches dizzying heights and speeds. Even when whirling away at full throttle, however, the music sounds forlorn. That sense is heightened by the dynamic shifts from slow to fast speeds, sometimes within only a few bars, which shifts produce a satisfying dynamic interplay and also evoke a certain restlessness.

The highlight of this new record is the 7-minute “The God—Forsaken,” in which the band is joined by Tomasz Ziętek on trumpet (he also appears on one other track) in a performance of breath-taking beauty that features each player at the peak of his creativity. The song starts with a funereal solo bayan, which is then joined by trumpet, intoning notes of naked lament. They soon stop and the double bass takes over, meditating with incredible conviction on the same theme before the rest of the band joins him. Following solos by Ziętek and Tyrała, Bester ends the piece with a bayan solo that expresses both longing and resignation. It is a devastatingly beautiful performance. Bester’s bayan voices profound sadness. But is it because God has forsaken us, or, following the track title’s ambiguous participle placement, because we have forsaken God? Is there a difference? That we can’t say for sure seems to be at the core of what makes this music so powerful.

This record is really marvelous. It only suffers by comparison to the Cracow Klezmer Band catalogue. The band seems a little less adventurous than on their earlier albums, and one or two tracks lack the depth and intensity that is everywhere else in full display. I’d say it’s pretty close to a four-and-a-half star album—surely my fellow reviewers would translate my enthusiasm into such a score. In any event: highly recommended.